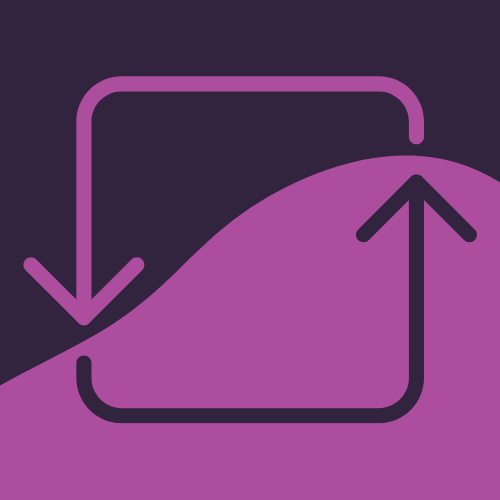 In recent years, discourse surrounding drug policy has been pushed toward recognizing the harms created by drug prohibition. Years of advocacy and activism by people who use drugs have brought this conversation forward, while the ongoing, years-long crisis of toxic drugs has made the grievous consequences of drug prohibition undeniable.

The thousands of lives lost to this crisis of mass poisoning by public policy demonstrate one of the critical ways drug policy and public health are connected. Drug prohibition precludes the possibility of developing a guaranteed non-toxic supply of drugs for people to use – a supply from which precise and accurate doses can be drawn, drastically reducing the incidence of impurity- or dosage-related harm or death. The laws applied to the sale of alcohol show the importance of a safe drug supply. Imagine if all alcoholic beverages available for purchase lacked any indication of what type of alcohol the drink contained, and in what quantity. Imagine that this were true both for different types of drinks and for individual servings of those drinks.

If alcohol continued to be consumed as widely as it is, it can reasonably be estimated that instances of alcohol poisoning would increase dramatically in such a circumstance. Given alcohol’s impact on inhibitions and decision making while under its influence, we can also reasonably estimate that there would be increases in other types of alcohol-related harm, both from people misjudging their level of sobriety after consuming drinks of unknown alcohol content, and from people making decisions while inebriated that they would not make while sober. There could, for example, be increases in alcohol-related interpersonal violence, or automobile accidents.

In addition to the impact on safe supply, there are several other  ways drug prohibition and its enforcement are connected to public health. For one, drug prohibition has been a catalyst for the militarization of policing.  In 1990, the 101st U.S. Congress enacted the National Defense Authorization Act for Fiscal Years 1990 and 1991 (NDAA). The NDAA passed in 2001 included a provision under Section 1208, which permitted the transfer of surplus military equipment, including small arms and ammunition, to federal and state law enforcement agencies – but only explicitly for use in “counter-drug activities.” This measure not only introduced military equipment and weaponry into the enforcement of drug prohibition, it also created an incentive for law enforcement agencies to both broaden their drug prohibition operations and classify more of their operations overall as falling under drug prohibition, to both increase the amount of military equipment they would have access to and increase the number of operations they were legally permitted to use said equipment in. The 1996 NDAA replaced Section 1208 with Section 1033, though there were no changes to the provision itself. Furthermore, procurements under the 1033 Program are not publicly available.

Most immediately, aggressive enforcement of drug prohibition threatens, and often violates the health, well-being, and bodily autonomy of people who use drugs. This type of policing also inevitably spills over into other law-enforcement activities. The summer of 2020 saw international uprisings against police brutality, and more brutality from U.S. police in response. Police forces in at least 100 U.S. cities deployed tear gas against protesters – tear gas being a munition which is banned from use in warfare. At least one person, a 22-year-old woman named Sarah Grossman, died as a result of being tear-gassed by police.

There is also incarceration itself. Incarceration has disastrous impacts on individuals’ health. Access to screening, preventative treatment, required and prescribed medication, nutritional support, and many other essential health services are all lacking. Incarceration also has incredibly harmful impacts on mental health. Women’s sexual healthcare is neglected, and contraception and feminine hygiene products are not easily attainable. This is particularly notable given that drug offences are the cause of a significant number of women’s incarceration. People who are pregnant during incarceration experience even greater gaps in necessary in healthcare, and incarcerated women have been forced to give birth while in handcuffs. Further, the state of transgender and gender-diverse healthcare in incarceration is an egregious violation of human rights. Transgender and gender-diverse individuals are often denied the gender-affirming healthcare they’re entitled to, and frequently face targeted harassment and abuse while incarcerated.

The conditions of carceral institutions invite further public health crises. Throughout the COVID-19 pandemic, carceral institutions have been major sites of transmission, and people imprisoned within them have had their health and well-being threatened to an even greater degree. Research commissioned by the Canadian federal government found that prisons were vulnerable to “widespread” and “severe” transmission, and that 64 per cent of the 50 facilities investigated reported testing rates lower than those outside prisons, while 12 per cent reported no testing at all.

Violence related to the unregulated drug market is also a direct product of drug prohibition. The illicit drug trade is indeed that, trade, and viewing it systematically illustrates that this violence is an inevitable product large-scale unlawful commerce – a ‘market externality’ of sorts, to speak in grossly inhumane terms. In any market, competing retailers at times find themselves in disputes, whether over offending business practices or simply aggressive market competition. In legal trade, such disputes are settled in court. Of course, in unlawful trade, court resolutions are not available, and the popularity – i.e., profitability – of substance use guarantees that market competition will rise to the level of open conflict. These conflicts imperil the health and well-being of everyone directly involved in the trade or in close proximity to them, physically or socially.

There is, as well, the economic impairment that comes with having a drug-related criminal record. Bearing a criminal record of any kind hinders someone’s ability to secure housing and employment. Lacking sufficient income necessarily harms a person’s health and well-being, and income bears strong correlations to health outcomes. People living at lower income rates experience higher rates of several types of cancer, heart disease, stroke, diabetes, and other health issues. Children living in poverty endure high rates of malnutrition, asthma, poor oral health, type 2 diabetes, and experience high rates of death due to unintentional injuries.
Further, given the effective segregation of many major metropolitan areas, if criminal records are disproportionately applied to members of a particular social group or area, the impacts compound, multiplying their effect.

It’s not only the case that drug prohibition has produced numerous detriments to public health. It’s also true that drug prohibition has precluded access to advances in health care which could greatly benefit public health. Research into the medicinal and rehabilitative applications of cannabis, MDMA, psilocybin, and other controlled substances continues to advance, with promising results. For example, caregivers are presently exploring the therapeutic applications of MDMA for patients with even severe cases of post-traumatic stress disorder, while psilocybin has been found to have applications for treating major depression.

The Canadian federal government’s recent drug policy reform proposals acknowledge some of these harms. The repeal of mandatory minimums effectively points to the harms of experiencing incarceration, and the modest measures of decriminalization being discussed point to the danger of an unregulated drug supply. However, even briefly considering the breadth of harms created by drug prohibition quickly demonstrates that these reforms would leave a policy in place which still creates avoidable harm.

The connection between drug prohibition and the formal health sector go back more than a century. As noted by Mark Thornton in The Economics of Prohibition, following the founding of the American Medical Association (1847) and the American Pharmaceutical Association (in 1852) both organizations supported increased regulation of narcotics due to their members’ economic interest. Thornton argues that their lobbying activities – which he describes as “rent-seeking” – contributed to the development of the Harrison Narcotics Act of 1914, the first U.S. federal regulation restricting the sale of drugs.

More recently, the public health sector has been involved in the separation of mothers who use drugs form their children. In British Columbia, 40 per cent of mothers who use drugs have their children taken from them. Recent research found that the risk of overdose increases by 55 per cent for mothers who are forced to endure this, with both the likelihood of child separation and the risk of overdose increasing dramatically for Indigenous women.

British Columbia’s public health sector is also involved in the involuntary restraint, medication, hospitalization, and seclusion of children deemed to have mental health or substance use issues, through the Mental Health Act. The province’s public advocate for children and youth has reported that some children have been traumatized by this experience.

Workers in the public health sector do not, of course, set drug policy. As well, countless healthcare workers and care-givers oppose drug prohibition and the harms it causes, and have worked against its pernicious effects both in their daily lives and through broader activism and advocacy.

Rather, the intent here is merely to highlight that, while governments may seek rhetorical distance between their position on drug policy and the overt war on drugs as it was articulated just a few years ago, their embrace of ostensible decriminalization and ‘care-based approaches’ can still create needless violence and harm, and at-times employing public health institutions. This will inevitably be the case until governments embrace drug policy that does not demand the surrender of bodily autonomy – let alone slide so easily into violations of dignity and human rights.

The views expressed in SURE Blog posts are those of the author(s) and do not necessarily represent the views of the Canadian Public Health Association or Health Canada.