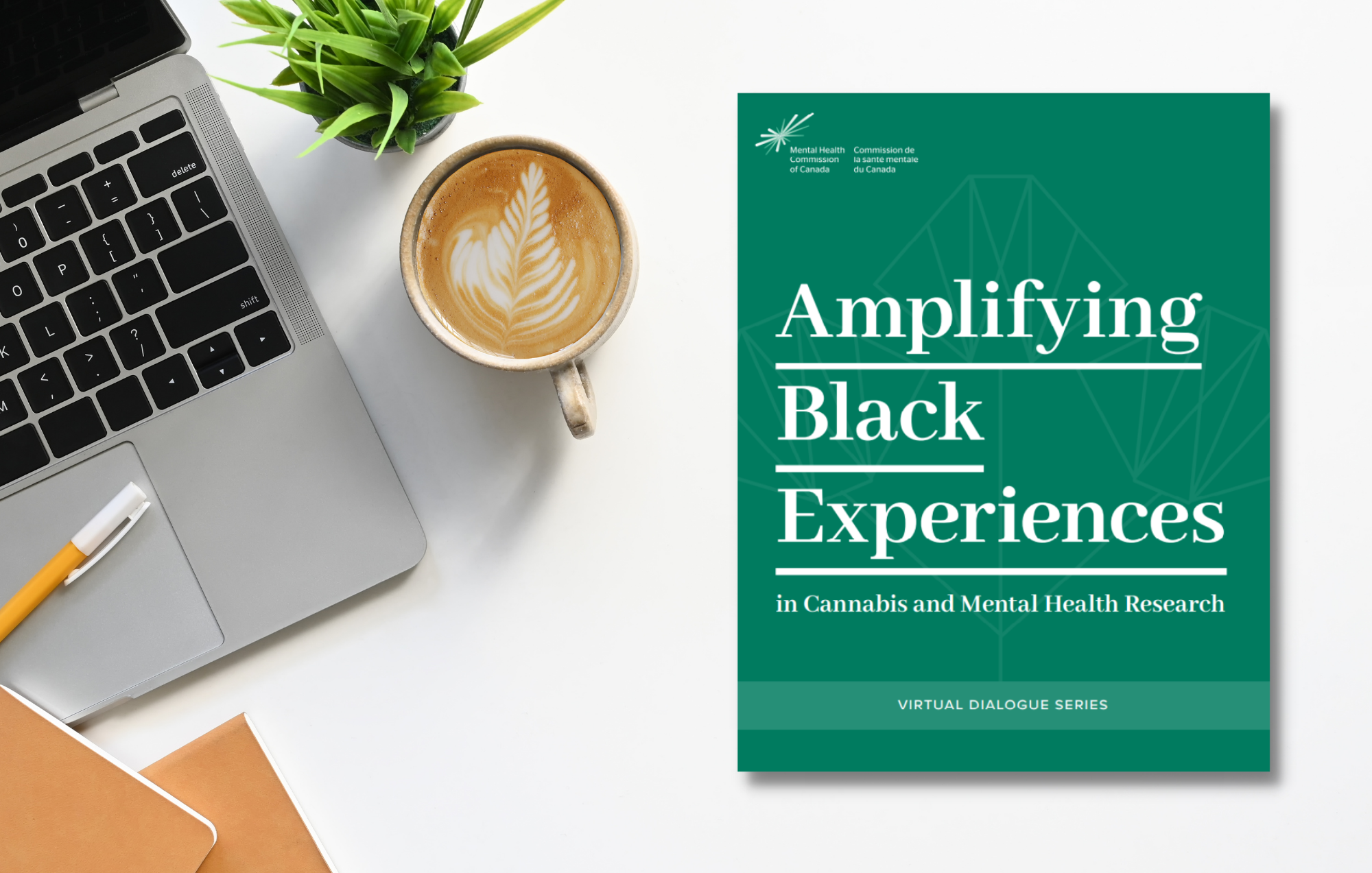 After Health Canada provided funding to the Mental Health Commission of Canada (MHCC) in 2018 to explore the relationship between cannabis and mental health, one of the first steps was to conduct an environmental scan and scoping review. That review revealed a need to engage a broader range of communities in research, including those consisting of immigrant, refugee, ethnocultural, and racialized; First Nations, Inuit, and Métis; and 2SLGBTQ+ people.

Subsequently, the MHCC invested in 40 research projects that explore the relationship between cannabis and mental health with a focus on priority populations. To inform these investments and guide future research, the MHCC reached out to several communities.

The Virtual Dialogue Series summarized in this report focused specifically on the experience and perspectives of Black communities. It engaged about 50 individuals, including researchers, service providers, and people with lived experience in open discussions about where and why research gaps exist, what the barriers might be, and which high-priority topics should be pursued. The dialogues took a distinctions-based approach, recognizing that, while various communities may have similar experiences that overlap, all have their own unique needs.

Canadian Centre on Substance Use and Addiction (CCSA)

Decriminalisation: Building a future without punishment for people who use drugs

PHO Rounds: Opioid-related Toxicity Deaths and Health Services Use During the COVID-19 Pandemic